REVIEWS BOOK "THE END OF A MYTH" 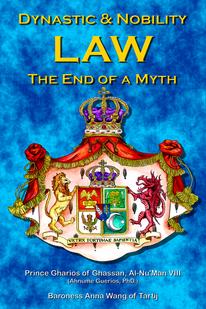 Since the age of fifteen, Al-Numan Gharios El Chemor began writing for periodicals. Magazines, newspapers, newsletters, fanzines, etc. Because his name was very hard to pronounce, Al-Numan used the pseudonym "Mauricio Guerios". Noteworthy the weekly cultural column "Em cena" (on scene) in 2005 in the newspaper "Estado do PR" (The State of PR) (second biggest in the State of Parana). The column portrayed reviews about cinema, theater, music, etc. in a tone of comedy. The same year, he wrote a comedy column "Mestres do Universo" (Masters of the Universe) on the RPC portal (Globo TV network).

As a writer created several texts, essays, plays and screenplays. Wrote several scripts, sketches and comedy routines for the Brazilian famous comedian Diogo Portugal from 2002 until 2006. Wrote over one hundred episodes of the awarded TV show "A hora do mico" (the monkey time) in the SBT TV station. Also wrote, almost by himself, almost one hundred episodes of the radio show "Boa Noite Cinderela" (Good night Cinderella) including two Comedy Radio Soap-Operas. In 2005, a doctoral student found out that Gharios was the only Comedy Radio Soap-Opera's author in the world at that time. In 2010, wrote several scenes for the movie "Musica e Violencia" (Music & Violence) that he stars.

Due to his princely duties had to study deeply the Arabic history, culture and religion being today a scholar very requested as a consultant. Also by those duties, researched profoundly the dynastic and nobility law. From this study wrote "The end of a myth" a book with 436 pages. The book is currently the only specific work about the subject available in English today. The book is under revision to be re-published with additional 250 pages.

In 2011, co-wrote the music video "Finally Free" for the Brazilian singer Julia Mallmann in NY.

In 2014, wrote the book "Middle East, the Secret History and Possible Solutions" and was awarded with the "21st International Cultural Award Trentino-Abruzzo Alto Adige" (Italian Government) in the "History Category", being the first Arab writer to receive the award.

In 2015, was invited to write articles and to be the international correspondent of the Brazilian Political magazine "Consciencia Politica" (Political Conscience) being on the cover of the 2nd edition.

Currently, has several works registered both in Brazil and in the United States.

"Not only The End of a myth is a full of comprehensive research on the subject, it also contains rich historical information that fascinates and transports... I hereby congratulate Prince Gharios on the completion of this piece of work and his ability to defend his claim with honesty and sound argumentation..."

"May I wish the authors success with this concise, valuable and educational book."

"I commend this work to you for its clarity, accuracy and, above all, its integrity."