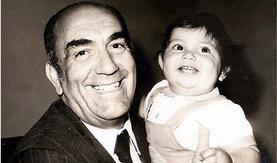 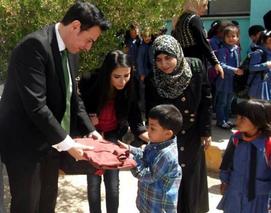 In 1979, Gharios' parents had divorced. He was only six. That caused him to be raised mainly by his mother's side of the family, mostly, his maternal grandparents: the beloved Gualter Walvy (photo on the right) and Albertina Fuganti Baccin Walvy. They were both very Catholic and was from them that Gharios had learned the duty of charity.

Both of his grandparents were very charitable. They not only contributed to but were volunteers in many projects in Curitiba (Brazil) like: The "Educandario" orphanages, the "Instituto Paranaense dos Cegos" (Blinds Institute of Parana), the "Associacao das Oficinas de Caridade Santa Rita de Cassia" (St. Rita charity Association), the Saint Francis Festival, etc.

Gharios was always a part of it accompanying his grandparents and helping in any way a small boy could, like caring Christmas presents or Easter eggs to orphans, or his favorite job, caring the famous apple danishes his grandmother used to bake for the Saint Francis Festival.

Already as an adult, Gharios has always been involved with charitable movements. In Brazil, donated the production and the air time of promotional videos to several charities like the NACEC- Curitiba, a small shelter for children with AIDS and mental problems. Also, one of his favorite charities, the "Amigo Animal" foundation, helping hundreds of dogs and cats with no home.

In December 2009 received a great honor from the Parana State Senate for his overall work, being specially cited as a philanthropist.

From 2010 on, living in the United States, started to work with some American charities like: The WOW (Wonder of Women Association), Guide Dogs of the Desert, etc. Also contributing to other charities like: March of dimes, American Cancer Institute, American Heart Association, American Red Cross, Salvation Army, the National Law Enforcement Officers Memorial Fund, etc.

Also in 2010, received the U.S. President Award for his lifetime achievement in volunteer services. In 2014, has received several awards: the United States Special Congressional Recognition, Senate Recognition from California, the award "Noble Man of the Year 2014" at the United Nations in NY and the Papal Knighthood (Vatican) as a Knight of the Order Holy Sepulchre of Jerusalem, one of the oldest, most respected and recognized Orders of Chivalry in the world.

With the help of sponsors and in partnership with the sister organizations The Sacred Order of Saint Michael Archangel and the Prinz Gharios Stiftung (Prince Gharios Foundation in Germany) he was proud to help over 1,000 (one thousand) families of Lebanese, Jordanian, Syrian, Palestinian, Egyptian, Iraqi, American and Brazilian people in need. That only from September 2014 until December 2016.

For his humanitarian work, has received recognition in four continents.

But Gharios doesn't believe that charity is a quality but an obligation for having the gift of a fortunate life since there are so many beings (human, animals and plants) suffering in the world. Learn more about the Humanitarian Projects HERE 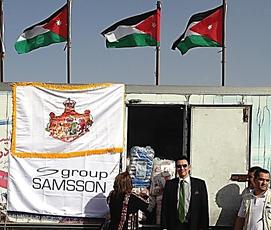 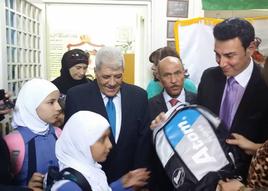 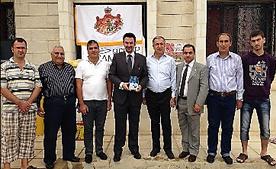 One Voice for Christians