KNIGHT GRAND CROSS FROM THE KINGDOM OF BUNYORO-KITARA (UGANDA, AFRICA)

AWARD BY THE GOVERNOR OF IRBID PROVINCE

"Prince Gharios of Ghassan with my best wishes and blessings

GODWILL AMBASSADOR OF THE STATE OF ARKANSAS (ARKANSAS TRAVELER AWARD)

APOSTOLIC BLESSING FROM HIS MOST REVEREND MOUSSA EL HAGE

MARONITE ARCHBISHOP OF THE HOLY LAND

HONORARY COLONEL OF THE STATE OF ALABAMA

The kingdom of Bunyoro was established in the 16th century. At its height, the Bunyoro kingdom controlled the Great Lakes region of Africa, one of many small states in the region. In 1993, the Kingdom was re-established and in 1995 the new constitution of Uganda was made, allowing and recognizing the Kingdoms. The current Kingdom covers the districts of Buliisa District, Hoima district, Kibaale District, Kakumiro District, Kagadi District, Kiryandongo District and Masindi District. Bunyoro remains as one of the five constituent kingdoms of Uganda, being fully protected and legally recognized by the Republic.

KNIGHT OF HONOR OF THE BROTHERHOOD OF THE HOLY CHALICE

OF CAMPOS (BRAZIL) RECOGNIZED BY THE LEBANESE GOVERNMENT 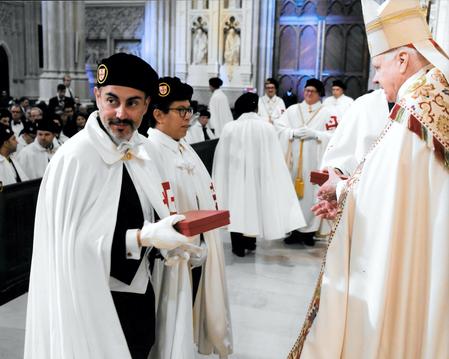 US President's Lifetime Achievement Award for Volunteer Service (2010 AND 2017)

NOBLE MAN OF THE YEAR 2014 G.O.D.AT THE UNITED NATIONS HEADQUARTERS

The title is the highest honor given to a person not currently living in Arkansas. Commissions are given by the Governor and the Secretary of State to individuals in recognition of noteworthy accomplishments. Notable Arkansas Travelers: US Presidents Franklin D. Roosevelt, Ronald Reagan and Donald Trump. Maya Angelou, Garth Brooks, Bob Hope and Gene Autry, Steve Forbes, Billy Graham, etc.

INVESTITURE AS KNIGHT OF THE EQUESTRIAN ORDER OF THE HOLY SEPULCHER OF JERUSALEM BY THE ORDER'S GRAND PRIOR HIS BEATITUDE FOUAD TWAL THE LATIN PATRIARCH OF JERUSALEM, AT OUR LADY'S CATHEDRAL, AMAN, KINGDOM OF JORDAN, 2014

Kentucky colonel is the highest title of honor bestowed by the Commonwealth of the state of Kentucky. Commissions for Kentucky colonels are given by the Governor and the Secretary of State to individuals in recognition of noteworthy accomplishments and outstanding service to a community, state or the nation. Famous Kentucky Colonels: Saint (Pope) John Paul II, Elvis Presley, Frank Sinatra, George Clooney, Johnny Depp, Fred Astaire, Muhammad Ali (Cassius Clay), Bing Crosby, etc.

LETTER OF RECOGNITION FROM THE PRESIDENT OF ALBANIA

AWARD GIVEN BY THE ARAMAIC NGO 'WE ARE CHRISTIANS' (GERMANY)

AWARD GIVEN BY THE NOTREDAME UNIVERSITY INTERNATIONAL FILM FESTIVAL (LEBANON)

ARCHBISHOP OF JORDAN and Patriarchal vicar

BLESSING AND DEDICATION FROM

Translation:
MUNICIPALITY OF CURITIBA (Brazil)
The Municipality of Curitiba honors Prince Gharios of Ghassan, consigning on the minutes of its proceedings, by requirement of the City-Councilor JORGE BERNARDI, vows of congratulations and applause for the outstanding services rendered to the society.
White River Palace, 17 of May 2013.
(signed) Jorge Bernardi - City-Councilor
(signed) City - Councilor Paulo Salamuni - President

Member of Honor of the Noble College Croce Reale (ITALY)

PROMOTION TO KNIGHT COMMANDER OF THE EQUESTRIAN ORDER OF THE HOLY SEPULCHER OF JERUSALEM by the Order's grand master His Eminence CARDINAL O'BRIEN AT THE SAINT PATRICK'S CATHEDRAL IN NEW YORK, 2019

BLESSING & thank you letter from his holiness tawadros ii

THE COPTIC POPE OF ALEXANDRIA

AWARD BY THE Ministry of Education (KINGDOM OF Jordan)

Translation:
STATE SENATE OF THE STATE OF PARANA [Brazil]
"MOTION"
The executive board of the State Senate of the state of Parana [Brazil], for proposition of the illustrious Congressman Ney Leprevost, and approved by the scholarly plenary, have reports written in the annals of this house of laws, vows of praise and congratulations to Prince Gharios of Ghassan, of the Sovereign Imperial and Royal house of Ghassan, for 3 years of activities in Brazil and abroad, in the philanthropic and cultural field.
Curitiba, December 18, 2012.
(signed) Ney Leprevost - State Senator

AWARDS FROM THE BRAZILIAN GOVERNMENT 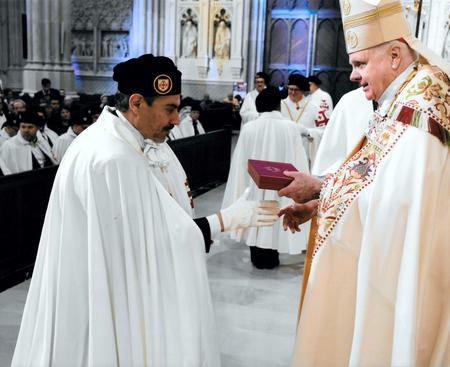 HONORARY MEMBER OF THE FEDERATION OF ISRAELI MARTIAL ARTS 2021

The kingdom of Mangkualaman (former Pakualaman) is a Javanese princely state within the Sultanate of Yogyakarta. It was created in 1812 when Natakusuma (later Prince Paku Alam I) was rewarded for helping the British quell the conflict in Yogyakarta in June 1812. The kingdom is currently officially recognized by the Indonesian Republic since its inception (1945) under the chapter VI, articles 18, 18A and 18B of the Indonesian constitution.

On October 25th, a royal decree was issued bestowing upon HRH Prince Gharios El Chemor the highest family honor and the title of KPA, “Kangjeng Pangeran Ario”, which is equivalent to prince level, normally bestowed on Heads of State in their capacity as Head of sovereign country or Head of a Royal House. As it’s usual in the Javanese tradition, prince Gharios has received an Indonesian name: HRH KPA Indiartonagoro. The prince was also invested in the Most Distinguished Family Order of Mangkualaman.

PATRIARCHAL BLESSING FROM HIS ALL HOLINESS BARTHOLOMEW I

THE ECUMENICAL PATRIARCH OF CONSTANTINOPLE

Certificate issued by the Vatican Secretary of State recognizing Prince Gharios as as a Knight of the Equestrian Order of the Holy Sepulchre of Jerusalem, one of the oldest, most recognized and respected Orders of Chivalry in the world. The Order is under protection of HH Pope Francis as its Sovereign. This honor of knighthood is conferred by the Holy See through the Secretariat of State, who in the name of and by the authority of the Pope, approves each knighthood. Each diploma of appointment once approved is sealed and signed by officials of the Vatican Secretariat of State and the Cardinal Grand Master of the Order in Rome. HH Pope Benedict XIV (reigned 1740-1758) stated that the Order should enjoy precedence over all Orders except over the Order of the Golden Fleece.